This year for Halloween we decided to have Haven be Dorothy from the Wizard of Oz. Mainly because I had these adorable Yosi Samra red sparkly flats and I thought they would go perfectly for a Dorothy costume. I couldn’t find a dress that I really liked for her, so I sewed my first dress for Haven! I was pretty proud of myself, considering the fact that I’ve never really made a dress before. I also made Curly’s costume out of felt. Her hat was the best part! I found a gold curtain tassel and used it for the top of her hat, then I found some white angel wings and spray painted them black. Cory’s costume was the tornado, so we went to Lowe’s and got some piping and to use as the top of the tornado and then wrapped him in tulle and leaves and he was good to go!

I was basically a witch 3 times during the week of Halloween, once for a witches night out with the ladies, the second time was for a trunk-or-treat and the third time was on Halloween. I didn’t paint my face that time.. plus my skin was already pretty much dyed green anyway from the previous days. Later that night we had a Halloween party with a bunch of our friends and Cory and I dressed up like Fat Monica and Chandler from FRIENDS.. Unfortunately we forgot to take pictures, but we did get a video of us doing our Chandler and Monica dance. 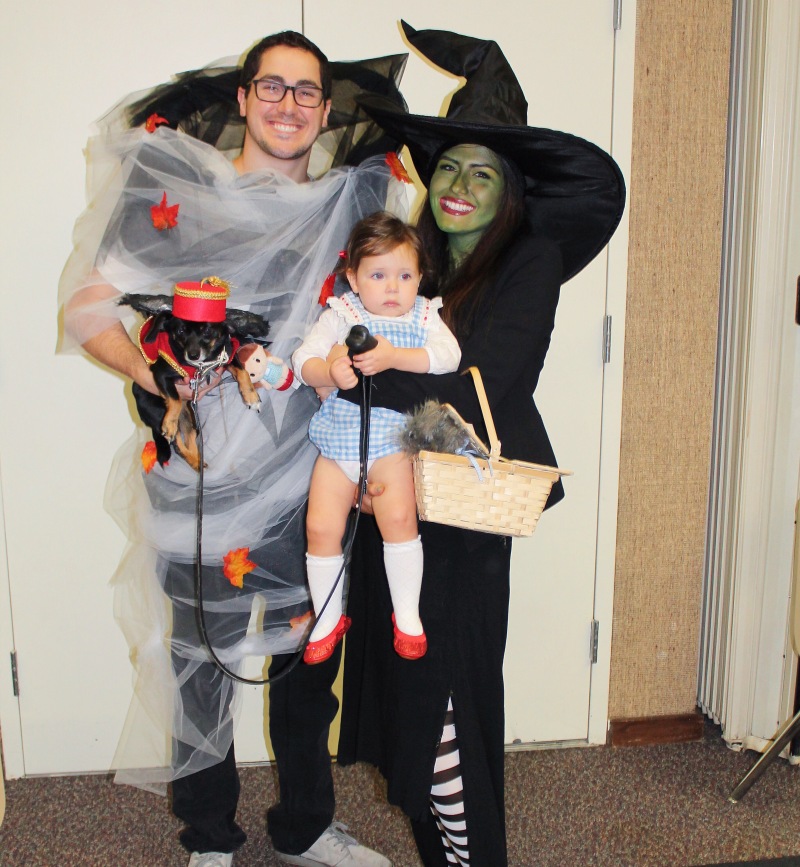 I love Haven’s big cheese in this pic 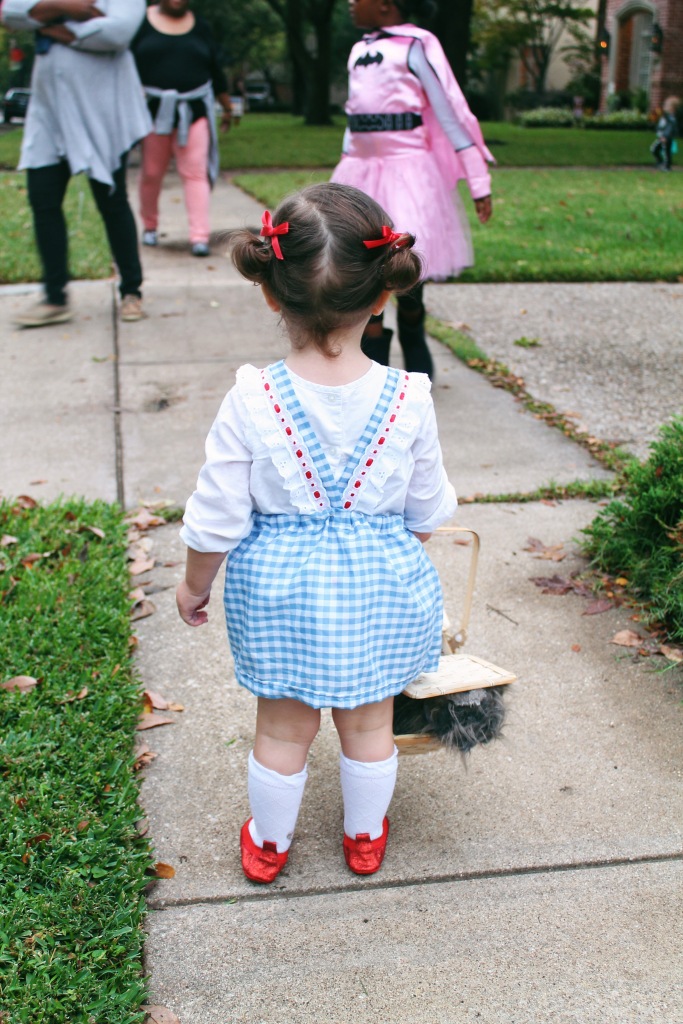 Haven was so funny when it came to trick-or-treating.. We were using her Toto basket as her candy basket as well, but anytime we would try to put it in the basket she would not let it happen. Apparently only the dog was allowed in there.

This picture was taken right before I left for a Witches Night out with some friends.. Haven was in her diaper and bib, wearing her Dorothy shoes and when Nicole and I were walking out the door saying bye, Haven turned around to Cory and said “Bye!” and began following us out. She just wanted to be witch with us that night and go out with the girls so bad… maybe in a few more years Havey girl.